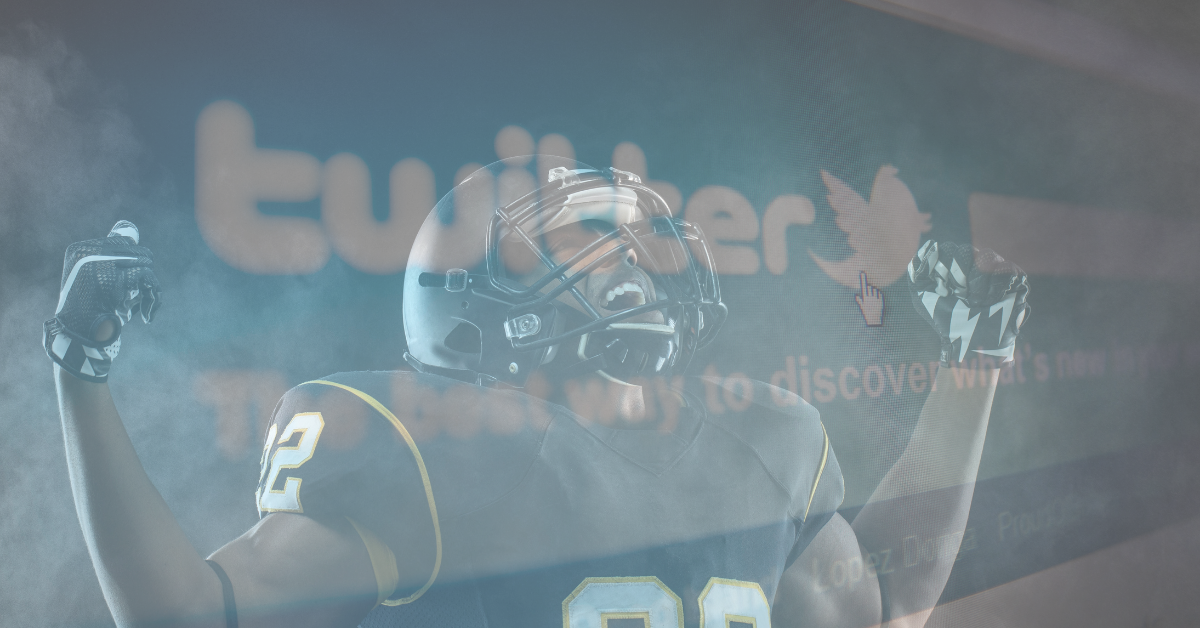 Why Placing Twitter Handles on Jerseys is a Big Deal

The University of Central Florida “UCF” replaced names on the backs of jerseys with twitter handles.  Don’t celebrate too fast… this is only for a spring game since the NCAA has to approve any game day uniforms so that probably means we won’t be seeing them during regular season games.

Hopefully this signals a major shift in how athletes are supported and promoted by their athletic programs.  Assuming this, it would be fair to perceive this as an indication that schools are preparing for the inevitable rule changes that will allow athletes to profit from their name, image, likeness “NIL”.

Currently everyone in the world except for the athletes, including non-athletes, strangers, and even other students (basically everyone except the individual who is entitled to it) may profit from the NIL of NCAA athletes

Why is this a big deal?

Because the stage has never been shared!  UCF has taken a step towards sharing by highlighting and promoting their players.  Social media handles are an asset to athletes since they directly link to an audience they can monetize.

Monetizing personal audiences is how social media has evolved, and advertisers want access to these audiences.  Greater audiences is what brings profits and increases marketability by tapping into audiences.  This is currently prevented due to NCAA rules and restrictions but support by their programs goes a long way in helping athletes obtain greater leverage.

Schools have been largely silent since sharing is perceived as cutting into the potential revenue of the programs and the NCAA.  The burden has been placed squarely on the shoulders of athletes. With an increasingly frustrated community highlighted by the #NotNCAAProperty movement and federal legislation potentially forcing the NCAA to share, any reasonably prudent school should be preparing for every scenario.

See: How a Supreme Court decision could shift billions to NCAA athletes

UCF head coach Guz Malzahn explained UCF’s decision to use players’ social media handles on their jerseys. He voiced his support and stated the Knights hope to “embrace” the current era of personal branding.

Coaches are great salespeople since they are constantly pitching their programs to recruits so we hope to see coaches embrace the opportunity to support the athletes who make their jobs possible.

The stage is being shared!  This is a large step in furthering the sharing of the spotlight simply because it’s never been done before.  It’s a crack in the great wall of the NCAA and programs not sharing profits.

Highlighting their social media handle is a direct focus on the marketability of the individuals who make up a team.  One clear and direct path to making money from an athlete’s NIL is by leveraging their social media audiences.  Theoretically, a larger audience and “shoutout” is a promotion of athletes to a greater audience which increases the likelihood of more people choosing to subscribe and follow the athletes.

Chances are the more big plays are made, and the more your social media handle is announced, the more the audience will grow.  Of course this is done now to a degree since most accounts are also associated with names that also appear on their jerseys, but this is a very specific step in furtherance of a direct interest and benefit to athletes.

First we have to ask ourselves if it is in the best interest of athletes.  If it’s genuine it’s great to help boost the profiles of athletes and it seems that the players had a lot of fun with this!

If college programs are truly intent on helping athletes capitalize on their personal brand and want to set them up for long term success, they need to provide the actual resources and information that will help them activate this at the highest level.

Jersey Sponsor is bringing this a step further by allowing athletes to consolidate their social media and other valuable information and present it directly to those who wish to do business with them.  Jersey Sponsor also brings the sponsors and athletes together to allow transactions to take place immediately while on the go and from your mobile device.  Jersey Sponsor profiles were created with the intention of presenting them in a way most attractive to sponsors while also highlighting the things athletes care about most.

By furthering athlete interests and thinking long term, schools have the perfect opportunity to not just pitch their business programs but to actually implement them in real life by using the currently available opportunities owned by their very own student athletes.

Teach them how to start a business, about taxes, promoting themselves, and networking.  Give them business resources, access to attorneys, financial literacy education, and marketing guidance.  If schools help their student athletes here, they’ve done exactly what they promised their athletes they would when pitching the benefits of their degree,

The example above is exactly something Jersey Sponsor exists to help accomplish.  Sign up today or share with your favorite athletes.  If you have any questions or want to support or contribute feel free to contact us here.