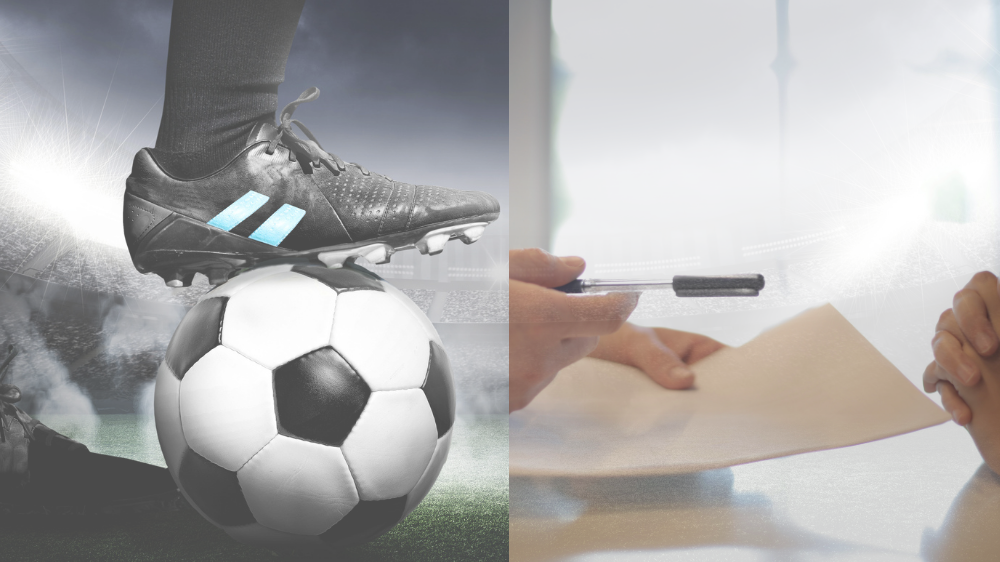 Are Football (Soccer) Agents on the Decline?

For the purpose of this piece, we are going to call ‘soccer’ it’s official name ‘football’ and football is the biggest sport in the planet, that is a fact and will remain so for many years to come. Another fact is that football generates copious amounts of revenue in the form of commercial deals. FIFA, the governing body of world football saw Licensing Rights revenue of USD 179 million and Marketing Rights generate USD 74 millions during 2020. 2020 financials in review | FIFA Publications

Money is essential to the running and growth of the game but it can also lead to greed and conflicts that have the potential to destroy the game. This has been seen with the widely criticised European Super League. The recently proposed breakaway league would give some of Europe’s most illustrious clubs join forces for a new competition and face each other annually. The clubs would gain huge financial backing and have complete control over commercial arrangements most notably TV / broadcasting rights.

The outrage emanated from the fans with protests broadcast across international news outlets. Supporters in the UK including Chelsea and Manchester United led the charge and these clubs were amongst the first to backtrack on the proposal. The power the participating clubs would see the removal of qualification, promotion and relegation. The chances of an underdog story such as Porto’s Champions League victory in 2004 or even the youthful Ajax team who made it to the semi-finals in 2019 would effectively end.

Club owners are not the only stakeholders who have been vindicated for their acts or proposed acts of financial greed. The wealth of football agents has come into the media over the past number of years. In 2020, four of the top five earning sports agents according to Forbes, operate in the Soccer world with Cristiano Ronaldo’s agent earn $104 million in commissions. Sports Agents List (forbes.com) The recent media perhaps stems from the ‘Super-Agent’ Mino Raiola who publicly speculates about his clients next moves.

So how have these agents become so powerful and what do they do?

The Role of a Soccer Agent

Agents across the sports world have similar roles and responsibilities, primarily looking after athletes’ commercial and contractual affairs. Unlike many US Sports, a large proportion of football players do not attend university. Many talented youngsters join their football clubs at a young age and players can sign professional terms at the age of 17. Players who move clubs before that are subject to compensation laws.

As a result, many players enter the game young and feel the need to have representation. Players also need to move overseas to the draw of the best clubs which may not be their home countries. In addition, players chasing their dream can view it as an opportunity to have a knowledgeable and experience aide to help navigate their path. Agents tick these boxes for players and parents, acting as a trusted confident for young stars.

When did they come into the game?

English football can date professionalism in the game back to the late 1800’s. However, the real explosion of football agents has been in the past 50 years. Firstly, the abolishment of the maximum wage cap in 1961 quickly enhanced player power. Players were now permitted to move to clubs that offered the highest wage. In addition, the explosion in TV revenues from the inception of the Premier League in 1992/1993 saw a huge inflation in publicity around football. This all had a knock-on affect on commercial deals both for players and clubs.  History of Footballer Wages (spartacus-educational.com)

Does everyone have an agent?

It is safe to say the majority of professional soccer players do have an agent but there are a few notable and recent exceptions. The great Manchester United team of the 1990’s for instance had their captain Roy Keane represented by his Lawyer while teammate Paul Scholes is said to have simply enrolled the services of advisory firm PWC to assist with his contract. Michael Kennedy: the secret agent behind Roy Keane - Independent.ie.

The most recent high-profile example of an agentless player is Manchester City and Belgium superstar Kevin DeBruyne. When it came to negotiating a new club contract, DeBruyne turned to a team of analysts versus an agent. These analysts were able to showcase data and the true value the players contributions made to the team. This impressive portfolio of stats acted as the tool for the negotiations, and DeBruyne walked away with a five-year contract worth an estimated £83.2million. What was more staggering was the estimated £8million he saved by not utilising a traditional agent. https://www.mirror.co.uk/sport/football/news/kevin-de-bruyne-saves-himself-23890506

Interestingly another high-profile example has since come to light, with former Manchester United star Memphis Depay announcing his departure from Lyon to Barcelona as a free agent. Depay posted on Twitter “It is the moment for me to take control of my career…As I am arriving at a point where I need to make important decisions for my future, I have decided to negotiate my future contracts with my team of trusted confidants, backed by legal experts. I will decide about my destination myself. You will be the first to know.” Depay Announces Split With Agency Amid Barcelona Rumors (beinsports.com)

Both recent examples suggest that there is a shift away from sports agents to more legal and analytical thinking. It will certainly be an interesting summer transfer window at least.

It is evident that as football grew, revenues increased. The number of parties looking to benefit naturally rose. Players contracts and commercial opportunities grew more complex and the influence of agents was accelerated. While the majority of agents have players interests at heart, the high commissions and growth of data has perhaps put the industry on high alert.