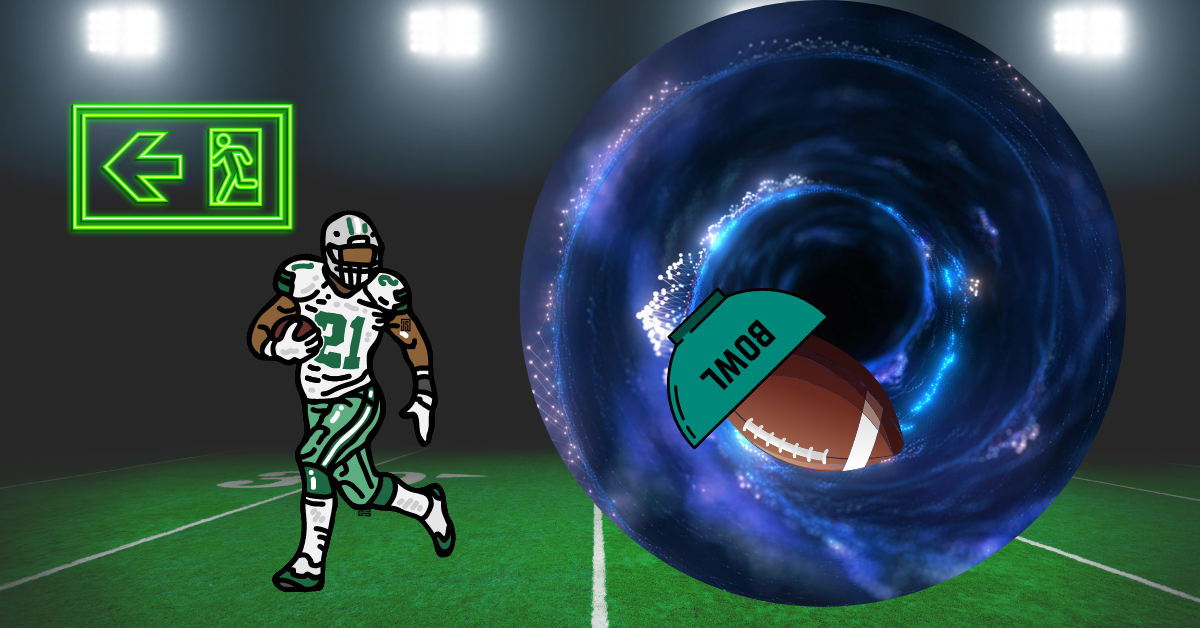 Are Bowl Games In Jeopardy?

If just about everyone who is draft-eligible (and even some who aren’t) decide to skip these games due to pre-draft injury concerns or Covid concerns, will fans continue to tune in?

‍This year, tons of college bowls have been cancelled due to the outbreak of the Omicron variant.  On Wednesday, it was reported that the San Diego County Credit Union Holiday Bowl was cancelled after UCLA pulled out and it was too late to find a replacement to play NC State.

We all hope and expect next winter to be slightly better with the virus, although it’s become clear that we’ll have to live with Covid in some form for a long time.  That said, is it possible that this wave of cancellations spells the end for some of the lower tier bowls?

Of course, nothing will happen to the Rose Bowl or and of the other huge ones.  Don’t worry about that. Pasadena, California couldn’t host the Rose Bowl last year, but it was still moved to Arlington, Texas.  After missing their famous bowl for a year (which comes after a city-wide parade), I’m pretty sure that it would take a comeback of the 14th century Black Plague for Pasadena to cancel its Rose Bowl ever again.

But what about the ones like the San Diego County Credit Union Holiday Bowl?  You know, the ones that take almost 10 seconds to say and sound like they’re from an SNL sketch about corporate sponsorship?  Christian McCaffrey and Leonard Fournette started a trend in the 2016/2017 bowl season by not playing out of fear of hurting themselves before the draft.  No players have skipped major bowl games, but many have followed suit and skipped the lower tier ones.  And here’s the thing: if bowls like the SDCCU Holiday Bowl aren’t viewed as important enough for a) teams to weather the Covid storm to play and b) a replacement team to be found, then are many draft-eligible players really going to play in these bowls in subsequent years?

Don’t get me wrong – this is not a shot at these bowls.  If the colleges and their players want to play, and if a TV network is willing to televise them, then why would I or anyone else have a problem with them existing?  But the concern is whether their importance will decrease so much over the next few years that they may not even be worth having.  If just about everyone who is draft-eligible (and even some who aren’t) decide to skip these games due to pre-draft injury concerns or Covid concerns, then will fans tune in?  And if fans don’t tune in, that could be a death sentence for the lower level bowl games.  I’m not at all rooting for this to happen, but it is something to watch for in subsequent years.