Team JRZY
Check This Out 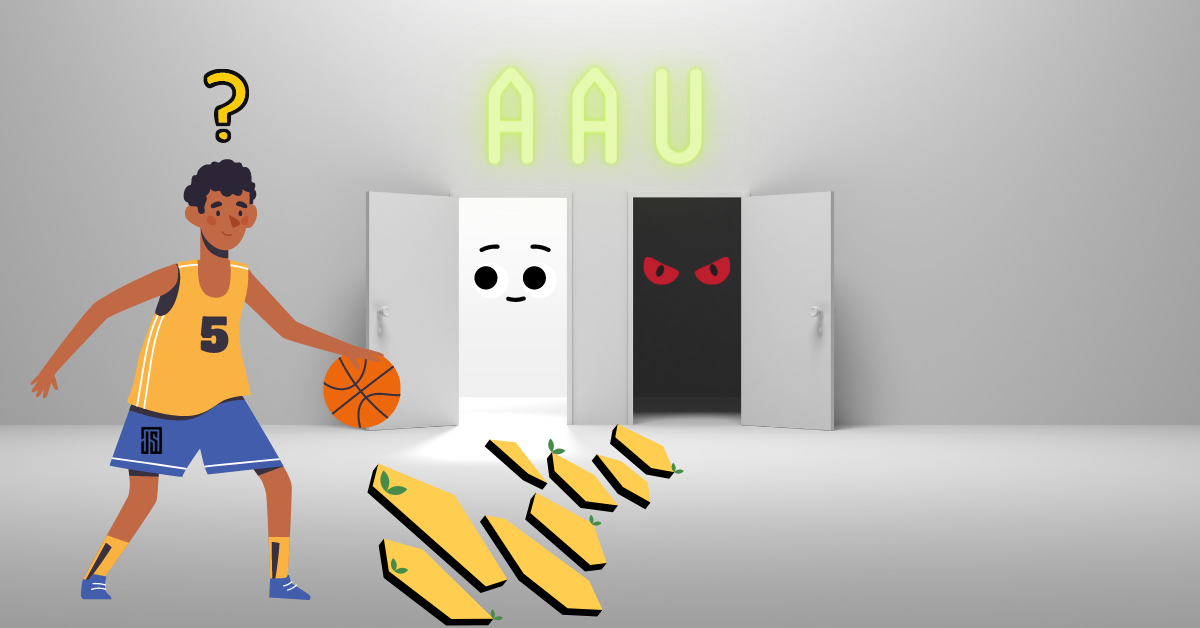 Next time that you think that it’s crazy how young kids are when they start to be treated as athletic commodities, remember that this is not limited to just AAU or America... It's Global.

You’ve probably heard different takes about AAU sports, especially basketball.  Is it right for kids?  Is it right for the sport of basketball?  Kobe Bryant described it as “horrible, terrible AAU basketball.  It’s stupid.”  Steve Kerr stated, “The process of growing as a team basketball player — learning how to become part of a whole, how to fit into something bigger than oneself — becomes completely lost within the AAU fabric.”

I’m not sure what’s right, nor do I have the credibility on “the right kind of team basketball” that someone like Steve Kerr does. He played on five championship teams as a player, coached three more, and also built a contender as a GM and was a fantastic color commentator on TNT just because his resumé didn’t already have enough bullet points.  It concerns me that kids play a billion games per weekend at AAU tournaments – which might be risky for a growing body – and that kids are often switching teams even in the middle of tournaments… but at the same time, couldn’t you make a case for Malcolm Gladwell’s “10,000 Hours” idea, meaning that more basketball is automatically good for people who want to go pro in basketball?

Here’s the only thing that I do feel confident in saying: Americans who are concerned about this issue shouldn’t look just within our own country.  Often, we forget that the sports world, especially for kids and amateur athletes, looks very different outside of our own country.  We shouldn’t isolate ourselves.  Case and point: When Lionel Messi was 13, his family moved from Argentina to Barcelona so that he could get signed by FC Barcelona’s youth program.  Part of their reasoning was that Barcelona could pay for Messi’s medically-approved HGH treatments to deal with a growth deficiency.  Yes, you read that right.  Maybe the greatest soccer player ever was signed on a different continent by a team at age 13 so that they could give him human growth hormone.  Next time that you think that it’s crazy how much young kids are when they start to be treated as athletic products, remember that this is not just an AAU thing or an American thing... It's Global. After all, Manchester United signed a 9-year-old in 2007 because his family sent them a DVD of his highlights.  (No, I’m not kidding.)

In Canada, the top hockey players often play for junior teams starting at age 15, and let’s just say that the schooling they often receive after that point is not exactly of the highest quality.  (I’m NOT saying that this always happens, but I’ve heard enough stories to know that it’s not rare.  Furthermore, this happens in American junior leagues as well.)  And lest we forget that college sports are pretty much unique to the USA.  In other countries, they think, “Wait, you play for a university as preparation for the pros??”  After all, why have college soccer when teams like Barcelona have a youth academy that can provide kids medically-approved HGH starting at age 13?

I don’t know what the right answer is, but the fact that people compete over the rights to have children play for this league, that club, or a certain coach is never going away. Athletes reach their peaks at a much younger age than just about any other profession, so the scouting for the best employees in this profession will naturally take place at a young age. But if you do have concerns over something you see, whether it be AAU, televised Little League World Series, or even college sports, my recommendation is that our society will only find the “best” solution by looking around the world and learning from the plusses and minuses to every system, not just our own.